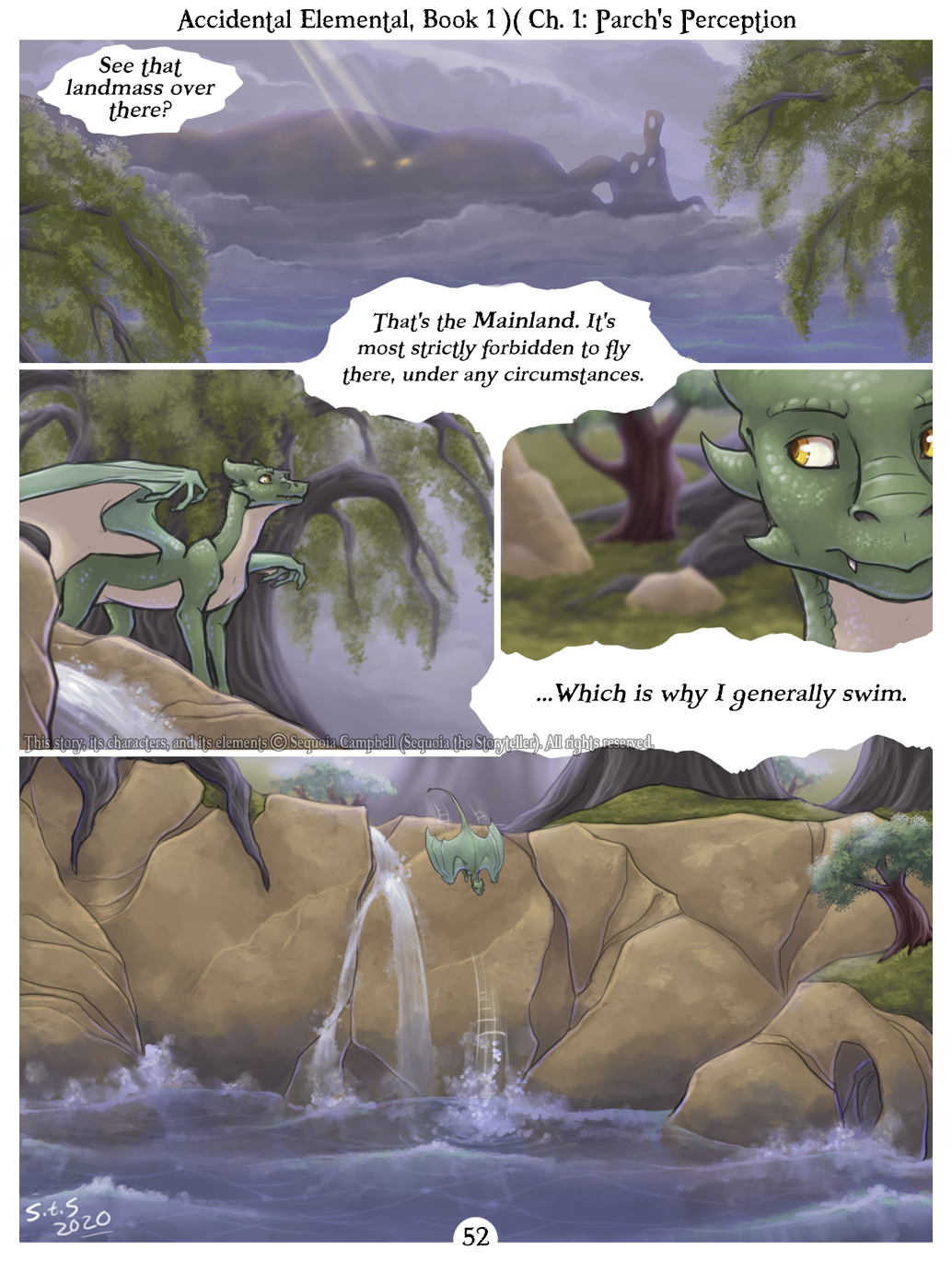 I've got the first part of the Dragons' entry ready for the Merrytune Bestiary... you can see the full thing here:

Since they're a civilized creature, they have a purple backdrop and are going to need multiple pages/entries to describe them/their culture. I've added their picture to the 'World of Merrytune' page here for now, but I have to take some time to figure out how I'm going to work them and other multiple-entry critters into said page. x'D So for now, they're just sandwiched in with the Crow and Mouse without much text description, kind of placeholding for themselves. :'D

I'd like to simplify AE's art style just a wee bit... I like the fancy pages, but they take so long to draw, and this comic is going to be huge. I've been thinking of doing this for a while, and what really solidified this idea was seeing this video yesterday evening:

Like I said, this project is going to be huge and no, I don't want to still be working on it in twenty years. ^^; So I'd like to tone down the fanciness in the panels. Comic pages really don't have be fancy anyway... their main point is to tell a story. I think the best idea with a comic really is to find a fetching but simple-to-draw art style. So here we have a quick, made-from-memory doodle of Parch, just to test out something that may work. I made this thing in probably under two hours, and really, it doesn't look that different from the pages as I've been drawing them. It has:

-A simpler shading style (this is the big one)

-Sketchier line art... not sure if that actually saves a lot of time or not, though I DO like how it looks :3

-Less defined scale-details. Maybe it would be better to just define them in close-up shots? Or make a brush or something for them?

-Parch's wing-design (which stands for the other dragons too) is slightly simplified and they're a bit smaller. Those bigger, bonier-looking wings are kind of a pain, ha. :P

So, it's not as noticeably fancy as what I've been doing, but it's not as if it looks horrid. And I think this could still carry the story forward quite well. The only thing I'm conflicted about is whether to start using this style now, or to finish the Prologue with the fancy style. :\ If I were to re-make the Prologue to match this style, I'd have less pages to go back over if I switched them now... hmmmm... thinking in progress.

Hello everyone, I'm sorry to say that my current college semester is likely going to slow this comic's updates down and/or make them random... that makes me sad. :( But though I tried to keep up even through my schoolwork it turned out to be just too much. So, I'm going to temporarily revert to a random schedule, at least until my current semester is over (that will be sometime in April). After that, I should be able to resume the schedule (not every semester is as loaded as this one ;) ). In the meantime, I'll try to update as often as I can. :)

Thank you for understanding!

The internet router at my house recently stopped working, and I'm putting up a notice here just in case the problem isn't solved by Sunday/Saturday night, because that could make the next page of A.E. late. D: I'm currently using the public network at my local college to post this but they aren't open on weekends. Supposedly a replacement router is being sent in the mail but just in case it doesn't arrive in time and/or there are still problems in setting up the new one, I'm letting you all know. If the comic comes out late, then that's what's going on. Hopefully the problem will be fixed in time. :)

So far so good, I have managed to make this website look relatively spiffy and figured out how to work a lot of the mechanics to put it together. I've added Character and World pages, which are very bare-bones right now but will expand gradually and to a great degree. :P

As for pages, I have them completed up to page 5 of the prologue as of the time I am writing this, and I am slowly adding them here. Luckily it's only three more so it shouldn't take too much longer to catch up. :3